You Need a Compassionate Lawyer

Construction sites dot the South Florida landscape. Though some residents may consider them temporary eyesores, these worksites represent a vital part of our local economy. New building projects create tens of thousands of construction jobs for Floridians every year. They feed and clothe workers' families and offer a financial opportunity to anyone with a strong back and a will to work hard.

Personal injury attorney Michael C. George understands the pain and heartbreak endured by construction accident victims and their families. His mission is to help them recover the compensation they deserve after someone's negligence or recklessness on a construction site causes them devastating harm. Attorney George and his team carry out this mission with deep care and respect for the struggles of victims of construction accidents.

Every client his firm represents gets Attorney George's cell phone number. He is available for them 24 hours a day, 7 days a week, 365 days a year. If he doesn't pick up right away, he always returns their calls. That's because for Attorney George, representing construction accident victims starts and ends with showing courtesy, compassion, and a total commitment to his clients' interests.

Attorney George has a track record of obtaining results for his clients. In the past two years alone, he has recovered millions of dollars in settlements and verdicts on behalf of clients injured in accidents caused by other people's careless or willfully harmful actions. Attorney George's spectacular successes in personal injury matters have earned him recognition as a member of the Million Dollar Advocates Forum, an elite group of trial lawyers who have won million dollar verdicts and settlements. Fewer than one percent of American lawyers can claim this prestigious honor. Michael C. George is one of them.

Able to Tackle Any Kind of Construction Site Injury

When construction site accidents do not cause a tragic loss of life, they often leave victims badly injured. It would not be uncommon for clients to seek Attorney George's help after they or their loved one have suffered any of the following injuries on a construction job:

These are just a few of the kinds of life-altering injuries that can happen on a construction site, and for which the experienced, caring team at the Law Office of Michael C. George can help victims seek compensation.

Ready to Stand Up to the Biggest Insurance and Construction Companies

Skilled at Investigating and Litigating the Most Complex Cases 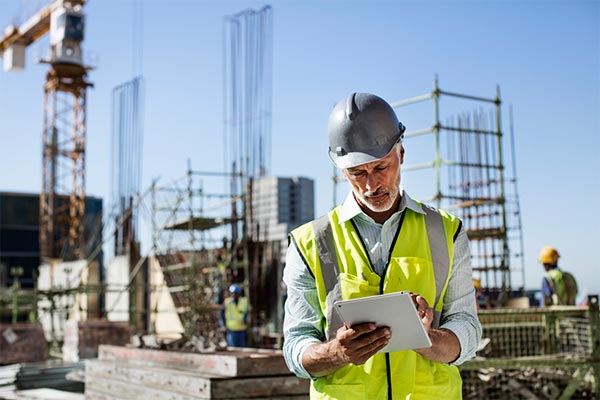 Construction accidents often result from a complicated set of facts and circumstances. On any given job site, there may be numerous contractors and subcontractors working together, but on separate tasks. Each contractor and sub has its own team of employees to whom it owes duties of care and legal obligations to keep them safe, well-equipped, and adequately paid.

When an accident happens, those contractors and subs often point the finger at each other trying to lay blame at someone else's feet, creating a knot of disputes so complex you'd need a steel saw to cut through it.

Think of Attorney Michael C. George, his team, and the expert witnesses he regularly works with on personal injury cases as the law-firm equivalent of a steel saw. They have the experience, know-how, and street smarts, to cut through loud arguments about who-is-blaming-who to find the root cause of a construction accident and the party or parties who should bear legal responsibility for paying for his clients' injuries and losses. In a construction accident matter, those parties may well include:

Rest assured that when Michael C. George, P.A. and his team represent a victim of a complicated construction accident, they have the resources and resolve to investigate it, identify the parties responsible, negotiate with the biggest, most well-funded opponents, and – if necessary – argue the case to a judge and jury.

The Law Office of Michael C. George, P.A., represents Floridians struggling to recover from the pain and difficulty of a construction accident. The first meeting with Attorney George is always free of charge, and in the past he has frequently represented clients on a "contingent fee" basis in which his clients only pay his fees if he is able to recover a settlement or verdict on their behalf.

If you have suffered an injury as a worker on a construction site in South Florida, or if you have lost a loved one in a tragic construction accident, call us at (800) 787-6445 or send us an email to schedule an appointment with our compassionate, diligent, and experienced team of professionals.